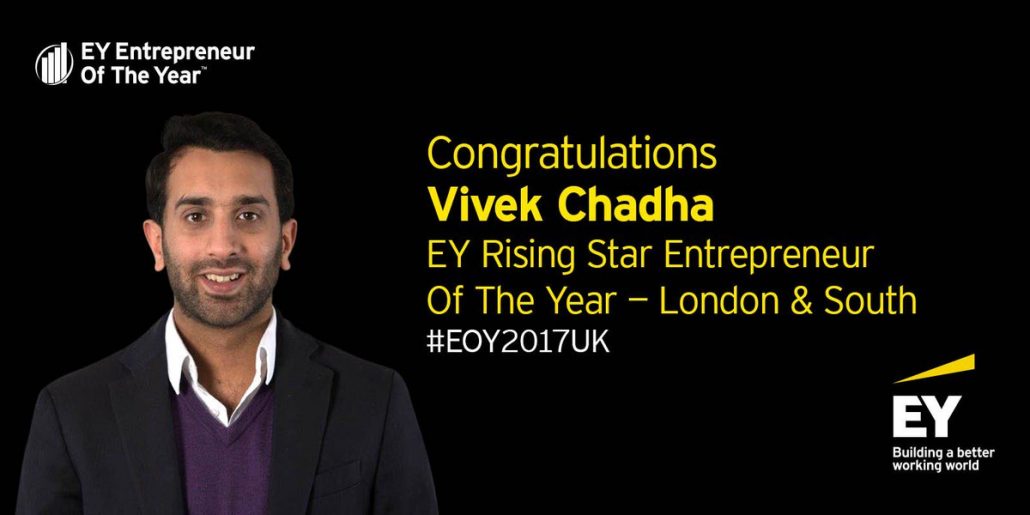 Whilst still on a graduate training programme 17 years ago, Simon and Christopher (aged 25 and 23 respectively) set up Octopus Capital with, in their words, ‘no money and no experience.’ They raised funds for the company when they had no products, no customers and no office. They describe how almost everyone believed they would fail, but their passion and ‘terminator gene’ saw them through. The investment company now has more than 500 people and manages £6 billion on behalf of more than 50,000 investors.

In the last few years Octopus has entered a number of new industries – most notably energy and healthcare – building care homes, hospitals, retirement villages, and special needs schools. It is also the third largest owner of renewable energy assets in the UK, capable of powering a city the size of Manchester with renewable energy.

Octopus dominates a number of the markets they operate in and are regularly voted the number one provider for customer service. Their aim is to turn their dream of “Octopus In Every Home” into a reality.

Simon Pearson, EY Entrepreneur Of The Year leader in London, said: “Set up in 2000, Octopus is a highly disruptive, customer obsessed business in the financial services, energy and healthcare sectors and is one of the fastest growing private companies in the world.

“Motivated by the opinions of their employees and customers and the impact they are making, Simon and Christopher want to breathe new life into the industries serving some of our most important needs and thereby improving the lives of millions of people.”

Simon and Christopher of Octopus Capital, who also took home the Master award, were described by the independent panel of judges as ‘fast growth’ and ‘disrupting an entire sector in renewables.’

In total 14 entrepreneurs from ten companies were honoured on the night, each winning an EY Entrepreneur Of The Year award in each of the following categories:

Disruptor – Dr Gordon Sanghera, Oxford Nanopore Technologies, based in Oxford – Technology to enable the analysis of any living thing, by any person, in any environment.

Master – Adrian Binks, Chairman & Chief Executive of Argus Media Ltd, based in London – Argus is a leading provider of price data, news, analysis, conferences and consulting services to the energy and commodities sectors.

Vivek Chadha, Hotelier, Nine Group based in Watford – Nine Group owns and operates Hotels in London and in major cities around the UK. The business was founded by Vivek Chadha where he saw an opportunity to scale a hotel business due to the lack of supply in the UK regions and M25.

Clare Johnston, Founder & co-CEO of The Up Group, based in London – The Up Group is Europe’s leading digital executive search and networking firm. With over a decade of expertise in building outstanding leadership teams across the digital landscape, The Up Group offers unrivalled insight into the challenges facing companies going through disruptive growth and transformational change.

During the ceremony, hosts EY presented a special award – Family Business Award of Excellence – to The Rubin Family – Pentland Group. A third-generation, family-owned business, Pentland is the name behind some of the world’s best sports, outdoor and fashion brands, including: Berghaus, Speedo, Mitre, and Red or Dead.

Based in North London, the business has roots in the North West, with its founders setting up The Liverpool Shoe Company in 1932 with little more than £100 base capital. The company floated on the stock exchange in 1964, changing its name to Pentland in the 70s and bought a 55% stake in a small athletic footwear brand called Reebok USA for $77,500 in 1981. Pentland now has annual sales of USD $3 billion across 190 countries, and their brands are well-known by people all over the world.

EY Entrepreneur Of The Year is nationally sponsored by LGT Vestra and Merrill Corporation. The Financial Times is the programme’s UK media partner.