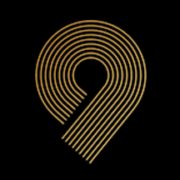 Nine Group, the owners and operators of hotels and restaurants across the UK, announce several changes to the senior leadership team. The group announces the appointment of Michael Young into the newly created role of Executive Director, where he will have a wide remit to drive growth and profitability across the group. Sivi Kaur, who is currently the Divisional FD of Nine Food Group, has been promoted internally to Group Finance Director. Lee Millman, who joined last year as the Operations Manager for Nine Group’s pizza business, has been promoted to the role of Managing Director of Nine Food Group.

These appointments follow the sad passing of visionary founder Vivek Chadha last year. However, Vivek left a robust business in place with strong fundamentals, and these appointments position the group for continued growth, in line with Vivek’s vision for Nine Group.

Mike Young has 15 years’ experience in Hotels and Hospitality finance and joins from Santander’s Hotel Finance team, after previous roles in hospitality finance at HSBC and AIB. In addition to his banking and finance knowledge, Mike possesses a clear understanding of strategic areas of focus for the business, strong leadership skills, experience in negotiations and deal-related activity, and a wide network of relationships across the hospitality sector.

Gursharan Chadha, Director of Nine Group: “Both myself and Vivek have known Mike for a long time and have always been impressed with his deep understanding of the sector and of our business. He has been somebody the family has considered a trusted advisor for many years, and we are delighted to be able to extend that into him formally joining us for the next stage of Nine Group’s development”.

Sivi Kaur was originally employee number one in the company before moving onto a career in finance at larger blue-chip companies, most recently at Compass Group. Sivi re-joined earlier this year as Divisional FD of our Food business, but the family have taken the decision to reward her excellent performance with the promotion to the role of Group Finance Director.

Lee Millman joined from Yum Brands last year to run Nine Group’s Pizza Hut Delivery business, the largest such PH franchisee in the UK with 33 stores currently and with an expectation to exceed 50 stores during 2023. Lee has 30 years’ experience at Yum and was most recently a Franchise Business Manager at Pizza Hut. Lee has continued to outperform expectations and fully deserves the promotion to Managing Director of Nine Food Group.

Jasbir Chadha, Director of Nine Group: “We have known Sivi a long time and were thrilled when we had the opportunity to bring her ‘home’ to Nine Group. She has already had a dramatic positive impact on the finance function in the short time she has been with us and has already stepped up and organically taken a leadership role within the team. Lee has also continually impressed us in the time he has been with us, helping drive improvements in operating performance of the food business while also demonstrating clear commercial and strategic insight into the food sector as well as undoubted leadership skills. Both promotions are fully deserved, and we expect will help drive the business forward.”