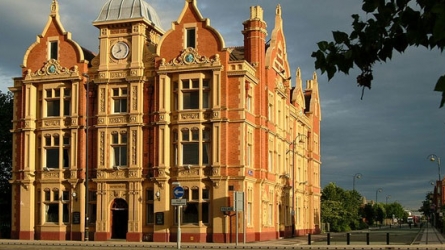 The Trafford Park hotel in Manchester is to be refurbished and relaunched under a mid-market international boutique brand after being derelict for eight years.

Built in 1902, the Grade II-listed property was sold at auction earlier this year for nearly £900,000, three times the guide price of £300,000, and is now owned as a joint venture between Nine Group and Ashley Hotels.

Nine Group is the owner and operator of 18 branded hotels in the UK, including the Mercure St Albans Noke hotel, Crowne Plaza Basingstoke and the Novotel London Heathrow Airport. It also has joint ownership of the Dragon hotel in Swansea with Ashley Hotels.

Planning permission has been submitted for the building of an additional wing to the red-brick iconic building to take the total bedroom count up to 120.

The hotel, which will operate under a franchise agreement, was operated by Enterprise Inns until its closure in 2009.