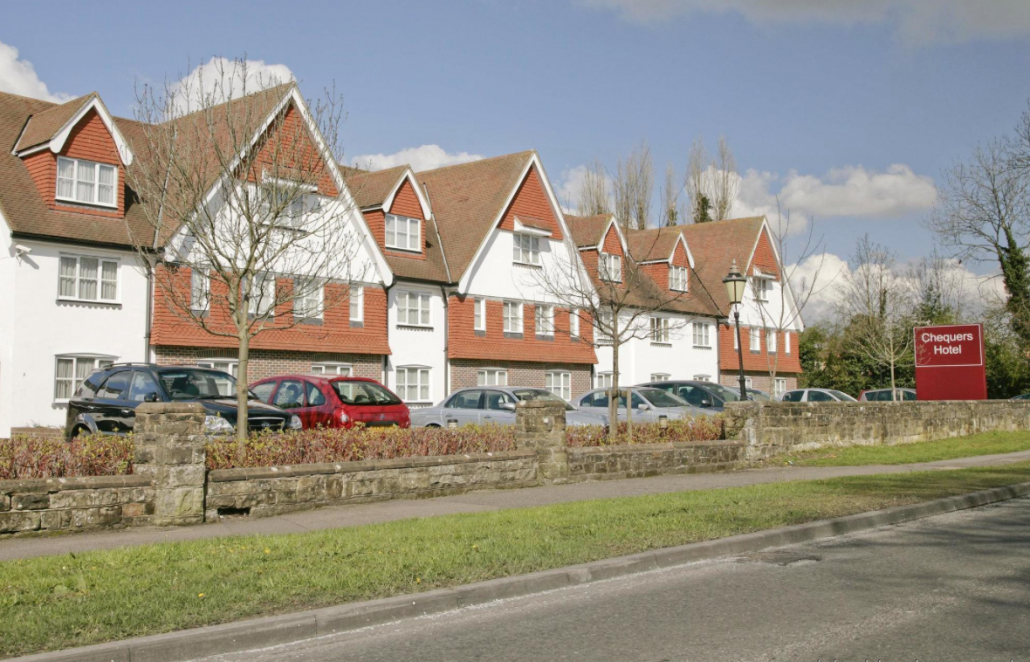 Positioned to act as a community hub for businesses and Horley residents alike, the hotel is set to be extensively renovated after being closed for four years, with a multi-million pound investment bringing it up to a 4 star rating with an international hotel brand.

Previously owned by the Menzies hotel group, the Chequers hotel in Bonehurst Road, Horley – ideally situated to serve Gatwick airport – first opened in the 1800s and was a landmark pitstop on the London to Brighton veteran car run.

Administrators were appointed and the hotel closed after its parent company failed to find a buyer in 2013, resulting in the immediate loss of 50 jobs.

Upon the announcement of the acquisition, director of Nine Group, Vivek Chadha said:

‘I am delighted to be re-opening the Chequers hotel following its closure 4 years ago. We’ll be bringing new life into the area, putting this landmark hotel back on the map. Nine Group are investing substantially in the renovation to transform this Victorian building into an internationally branded hotel. We plan to retain the hotel’s famous on-site pub as a destination for locals and guests alike to enjoy a drink. We expect to create up to 60 jobs in the locality.’

The Nine Group portfolio is diverse, with a mixture of residential and commercial property, plus hotels including the Mercure St Albans Noke Hotel, Holiday Inn London Watford Junction and the recently acquired Trafford Park hotel in the centre of Manchester.